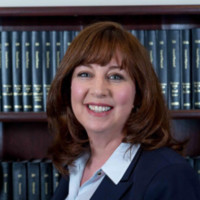 Dana Grossblatt began her legal career in 1991 as an Assistant District Attorney in the Kings County District Attorney’s Office. As an ADA, Ms. Grossblatt worked in numerous bureaus, from the complaint room to Homicide Grand Jury, where she learned  each and every aspect of handling a criminal case. During that period, Ms. Grossblatt drafted thousands of felony complaints and indictments, interviewed and prepared countless civilian and police witnesses for hearings and trials, and tried numerous cases involving myriad criminal offenses, including DWI offenses, sex offenses, narcotics cases, assaults, robberies and burglaries.

In August 1995, Ms. Grossblatt was promoted to Senior Assistant District Attorney, where she was responsible for supervising junior ADAs during case investigation at crime scenes, arraignments, discovery, pre-trial hearings and trial. In that role, Ms. Grossblatt was responsible for prosecuting complex criminal actions from investigation through trial including homicides, high publicity cases and multiple defendant cases. Upon leaving the Kings County District Attorney’s Office, Ms. Grossblatt worked as an associate for James P. Nunemaker, Jr. and Associates, where she represented State Farm Insurance policy-holders in all phases of litigation, including arbitrations and mediations, and won every trial that she defended.

In 2002, Ms. Grossblatt began her criminal defense practice and has, over the course of the last decade, successfully defended hundreds of individuals accused of assorted crimes, including DWI, assaults, robberies, sex crimes, burglaries and numerous high publicity homicides. Ms. Grossblatt is intimately familiar with the workings of the state criminal court system in Nassau, Suffolk, Queens, Kings, Bronx and New York Counties. This knowledge allows Ms. Grossblatt to more effectively leverage her vast experience by working with the courts and prosecutors toward obtaining the most favorable dispositions possible for all her clients. Ms. Grossblatt holds a Juris Doctor degree from Brooklyn Law School, where she was a Dean’s Merit Scholar. Ms. Grossblatt received her Bachelor of Arts degree with Honors from the University of Massachusetts.